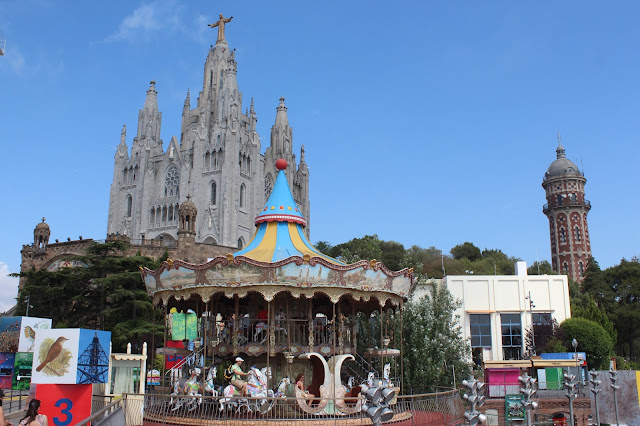 A very energetic but successful day. Barcelona is really impressive. Very busy but orderly and very tidy. A very popular mode of transport here is the motor scooter. They are everywhere and apparently have right of way on the road system, according to Brendan, the irishman who drove us in from the airport yesterday.


We spent the day roaming the city of 3 million people on the Barcelona Turista Hop On, Hop Off bus, first following the blue route and then switching to the red route. Tomorrow we will be exploring the green route.


We started the day by struggling to find the Gracia stop being the stop nearest our accommodation where we were to get on the bus but we eventually found it. Then we went to Tramvia Blau-Tibidabo, a mountain top accessed by tram (or in our case bus because we couldn't find the tram stop we walked straight past) and funicular railway. Once you get to the top you get to see the spectacular panorama of Barcelona which unfortunately today was a little hazy. At the top you have the contrast of a spectacular church built in 1886 and an amusement park built many years later – very novel. 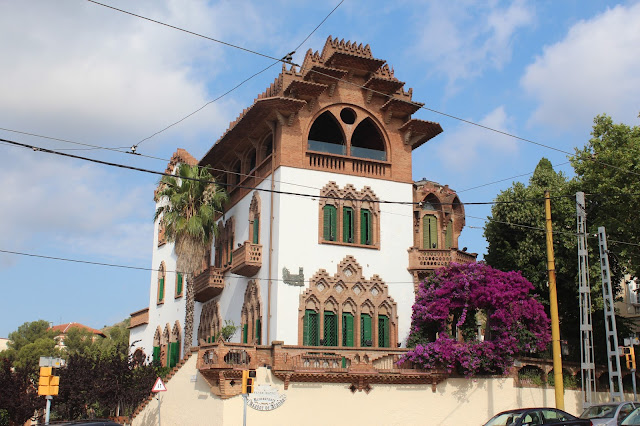 We then went to Monestir de Pedralbes, a former monastery built in the 14th century as a cloister for nuns. It was financed by generous donations from the wealthy families of the women who became nuns. They must have been very wealthy.

After lunch at Macdonalds in the centre of town, we headed for the Teleferic De Montjuic located on a different hill from Tibidabo, a cable car providing access to a spectacular castle overlooking the Mediterranean and the very busy port area of Barcelona. 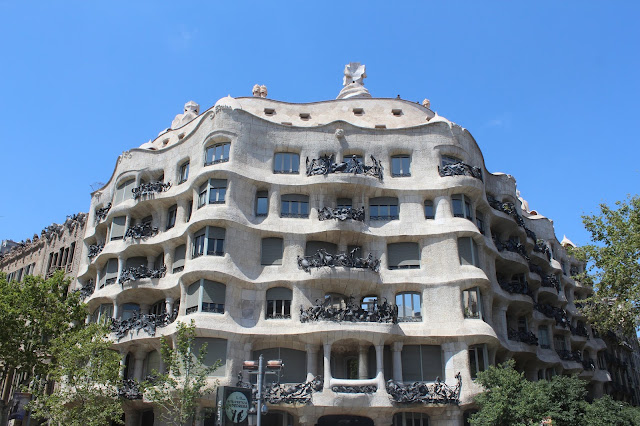 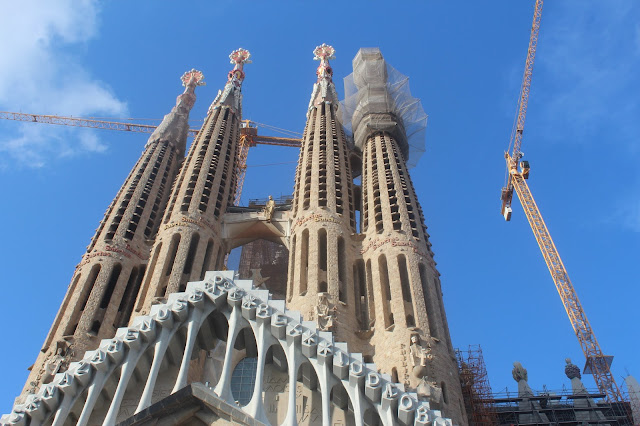 The most impressive aspect of Barcelona is its very quirky architecture as demonstrated in the photos. The residential component of the city appears to consist of four or five story buildings much like the one we are staying in shown below. Presumably there are more conventional suburban areas in the outlying areas. 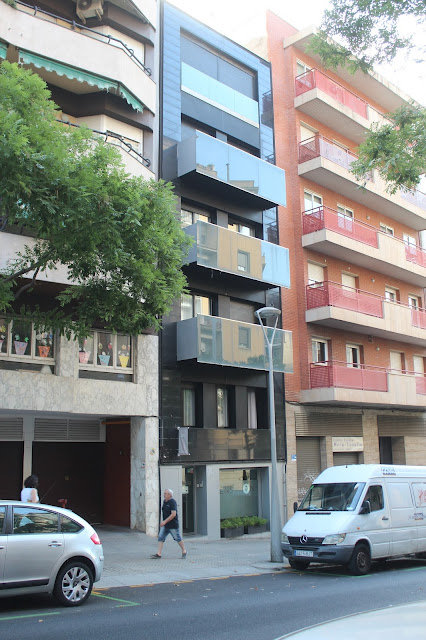 Tomorrow we are back on the hop on hop off bus for more exploration. Saturday will be a more targeted exercise once we work out what we want to see more of.
The photo below is a photo of the bullring no longer in use. It is now a shopping centre. Bullfighting has been banned in Barcelona but still goes on elsewhere in the country. It was obviously very popular given the size of the structure. 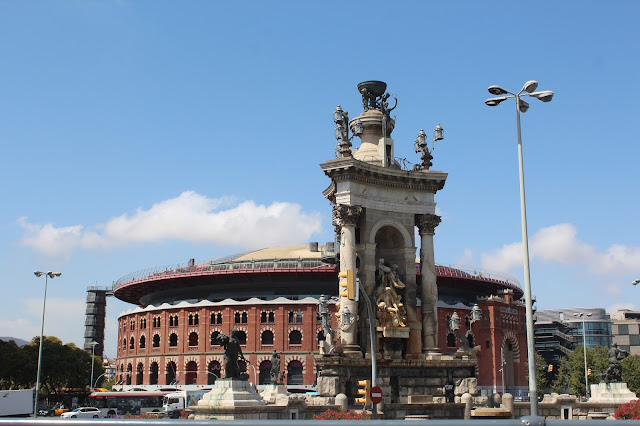 Below is the National Museum of Art which we will have a closer look at tomorrow. 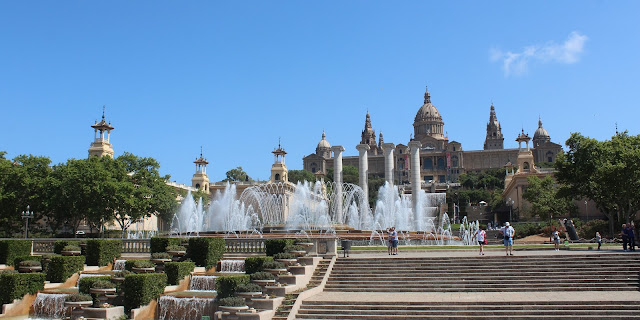 Posted by MichaelK at 12:13 No comments: 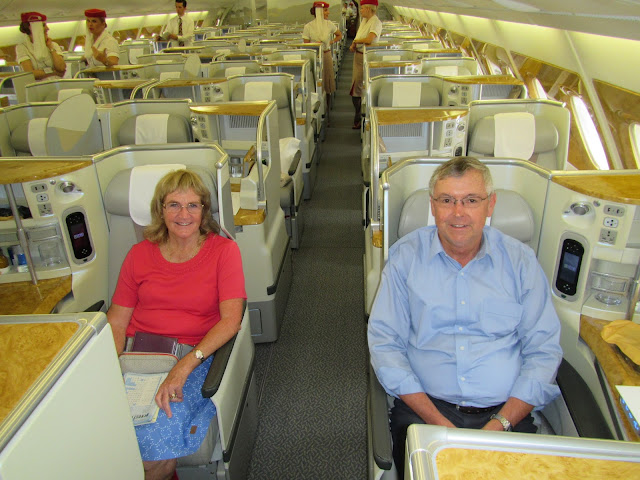 We're here. Our driver was waiting at the airport with the customary sign and we are now somewhere in Barcelona comfortably settled into our two bedroom unit.


We have been to the supermarket around the corner and stocked up while at the same time demonstrating our complete lack of Spanish.


After our twenty four hours of travel we will be having a very quiet evening. Our only activity will be planning the next few days.

The photos give some indication of the arduous living conditions we have had to endure over the last 24 hours. 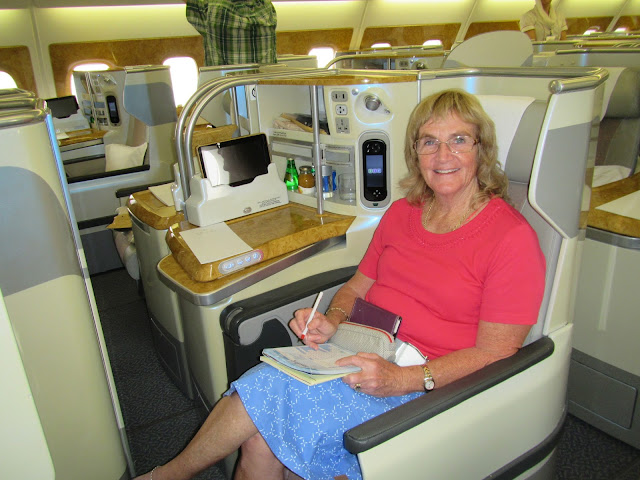 Posted by MichaelK at 07:57 No comments: 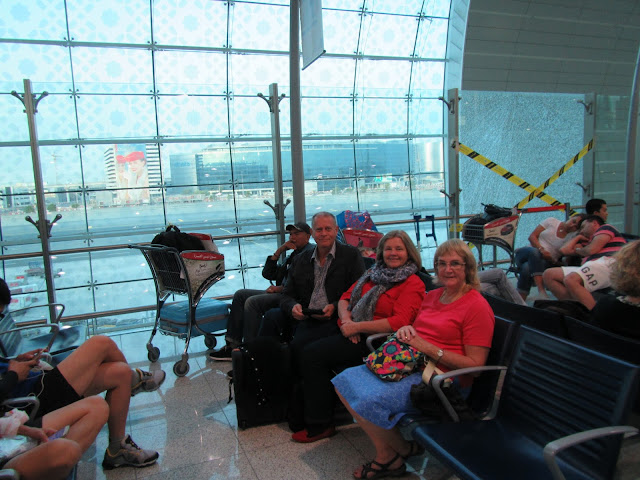 So far so good. We are comfortably settled in the massive Dubai airport having taken the train from the terminal at which we landed at 5:00am to the terminal from which we leave for Barcelona in an hour and a half's time.


We may have time for some exploring in Barcelona this afternoon.
Posted by MichaelK at 19:29 No comments: 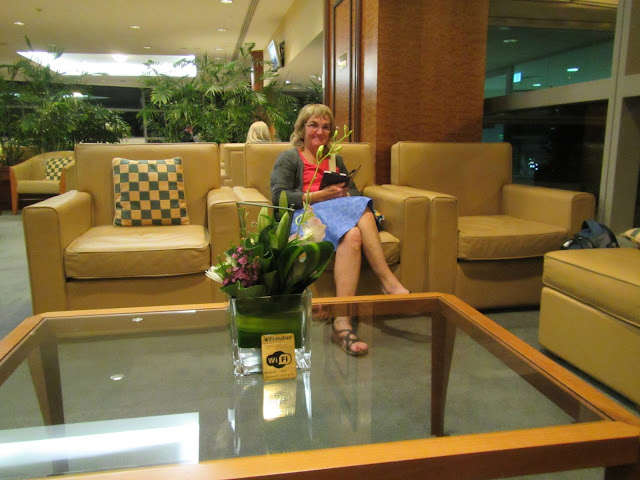 We are off again. The blog is back. We are checked in and comfortably settled in the Emirates Business Lounge at Brisbane airport waiting to board our aircraft for Barcelona via Dubai.


We are travelling with Bernie and Colleen and will be staying in Barcelona for six days before embarking on our 23 day Mediterranean cruise adventure on the Eurodam ultimately ending in Venice. Hopefully we will have satisfactory internet access and will be able to keep the blog up to date.

Posted by MichaelK at 02:24 No comments: